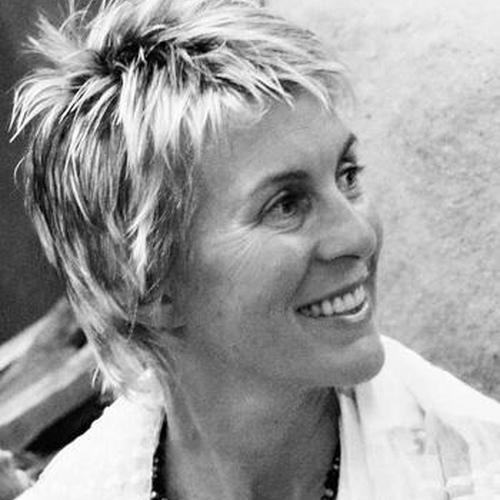 Bianca is the co-founder and owner of Yoga Synergy and has over 27 years experience teaching yoga, managing a studio and creating a community. Bianca and Simon’s shared passion for yoga has led to the creation of Yoga Synergy daily yoga classes, workshops, teacher training courses and international events.

Talks covered by this speaker

Bianca is the co-founder and owner of Yoga Synergy and has over 27 years experience teaching yoga, managing a studio and creating a community. Bianca and Simon’s shared passion for yoga has led to the creation of Yoga Synergy daily yoga classes, workshops, teacher training courses and international events. "I became interested in yoga when I was 19 – when yoga found me! I met Simon at Sydney University, and began what was to turn out a life long partnership – in yoga. I had no idea he did yoga until we started dating; inevitably, I ended up going along to try it out. At first I hated it – it was hard, it hurt and I was very stiff and weak. I also felt very self conscious and was too busy having fun. I was only 19, after all. After a life-changing trip to India with Simon, I came back and started to practise three times a week with Andrew Nethery, while Simon stayed on in India for six months. In that time I developed my own very deep connection with the practice. I found peace and joy, and a sanctuary that was very much needed. Simon returned and I started practising with him in the evenings at Newtown and with Shandor Remete in the mornings over at Bondi. I would assist Simon in workshops and classes, attend whatever yoga workshops I could, and manage Simon’s classes. Annually, until 1995, Simon and I would return to India. I became a yoga teacher serendipitously. I was happy assisting Simon and never thought I was good enough to teach. One day a very lovely lady, Jo Blackman, called up and asked if I would take a yoga community class for her. I was confused and thought she wanted Simon, but she insisted she wanted me. If it wasn’t for Jo I perhaps never would have started to teach. I took her community class and it went surprisingly well. It wasn’t so hard for me – I am passionate about yoga so it was easy for me to share that passion, despite the fact that I loathe public speaking and find it very difficult. I then suggested to Simon that I could add another class to the Newtown timetable on a Friday evening. I started that class and more were to follow over the years. That grew to include a studio at Bondi Junction for 17 years, one at Surry Hills (now closed), one at Manly (now closed), and now a new one at Bondi Junction since 2015. Yoga Synergy evolved when, in 1990, I came up with the concept of running beginner courses, teaching one new sequence that Simon and I had developed together over a six-week period. We then expanded this concept to teach the same sequence in all the classes but at different levels. Simon and I went back to university to study physiotherapy so we could learn more about the body, and increase our knowledge and understanding of it for our yoga teaching. From this platform, Simon and I developed the nine-week program that we run today. Initially, we would teach one sequence over a six-week period and then run the next course as a new sequence. After many years these sequences developed into our nine-week programs, which consolidated all our work into five main sequences – the Yoga Synergy method of working with the body that we teach today in both our schools. Since 1999 I’ve been training teachers to teach at our studios in a three-year apprenticeship format; since 2014 we have been teaching the 200 hour format, followed by apprenticeships at the studios for those who wish to teach with us".

Your logo could go here!

If you'd like to get your brand in front of attendees following the categories this speaker is talking about (on this page, via email and during each talk) contact us.
We use cookies This website (and some of its third-party tools) use cookies. These are important as they allow us to deliver an exceptional experience whilst browsing the site. Learn more about our cookie policy. By closing this banner, scrolling, clicking a link or continuing to browse, you agree to the use of cookies. Accept
I need help
No I need help
No I need help